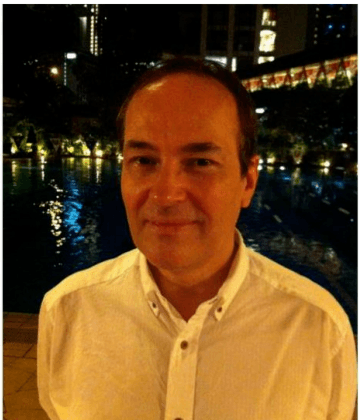 At Bright Young Things we’ve recently spent time talking to our tutors to get a real sense of the challenges they help students to face and overcome on a regular basis.

Today Leo Gough, a longstanding tutor of ours, gave us an insight into how he was able to help a student. Leo (University of Oxford — MPhil Modern Middle Eastern Studies BA — Modern History. CELTA Certified) has a vast wealth of teaching experience and has worked with the Arabian Royal Family. He is also a historian and has authored over thirty educational and professional textbooks in finance and business.

Private tutoring generally involves helping a student to catch up on topics that have been missed or under-practised. In rare cases it requires a thorough re-examination and re-conception of a topic, which can be very challenging for both tutor and tutee.

Joe was one of these rare cases. I was first contacted by Joe’s mother when he was away in Africa. Joe had to retake — and pass — a history paper on the Angevin kings in order to get into his university of first choice. When we finally met, three months before the exam, I gently investigated what material he had covered, what notes he had taken, and what textbooks he had read. The picture was not good. His school had not used a textbook, so he claimed, and the handouts and class notes he produced were scant and disorganised. His school essays were not encouraging, being weary plods through a barren wasteland of undigested historical facts. Hadn’t he got any books on the subject? After some rummaging, he produced a 1,000 page standard work on the Angevins. Had he read any of it? One or two chapters, he thought. I tested him — he appeared to have retained nothing of what he claimed to have read.

What Joe needed to do was to read more. A lot more. He had been to a good independent school where they had taught him essay skills and exam techniques, but somehow he hadn’t done much reading and thinking about the Angevins. Without having a good knowledge of the topic and thought-out opinions about it, there was no way that he was going to get an ‘A’ at GCE, however much flashy prestidigitation he could muster in terms of exam technique.

The weeks wore on, and I wondered if we would ever see eye-to-eye. Joe was determined to write practice essays based on his school handouts, and I wanted him to learn more about his subject and about how historians think. We began to make progress when I questioned his reasoning in his essays, mostly on issues of logic. We compromised: we acquired more books, two easy ‘cribs’ for exam passing, and some ‘good’ books (primary and secondary sources).

The real breakthrough came when I challenged Joe’s view that Thomas Becket underwent a miraculous conversion to saintliness. “What evidence is there for this?”, I asked. Joe could only point to some passages from a school handout. We turned to the primary sources that he was now reading. Not everybody who wrote about Thomas Becket during and immediately after his confrontation with the king thought he was saintly. Why could this be? And, looking at his life before becoming archbishop, had he really changed so much? To my surprise, Joe was intrigued. We took the sceptical approach further, and started to examine the royal figures of the period. Why did the Young King rebel? Why did his mother and two of his brothers join his rebellion against Henry II? What kind of authority did the Angevins have over their domains — was it the same in England as in their French territories? Why were the barons so badly behaved, and what was life like for ordinary folk?

Slowly, Joe’s essays became more original. He made connections, and was asking the right questions. He knew more, and was producing richer, more nuanced analyses. He no longer thought of the period as merely the doings of some kings and queens. And we were starting to have a good time being ‘proper’ historians instead of robotic exam-passers.

Nevertheless, three months isn’t long when you are hoping for a sea change, and I was still a little concerned when it was time for the exam. Imagine my delight when sometime later I received the following message from Joe’s mother via the tutorial agency: ‘Joe’s History went up to an A so we are very happy, enabling him to go to Newcastle University. Joe will be sending a message to Leo, but could you also pass on our thanks to him for all his help?”