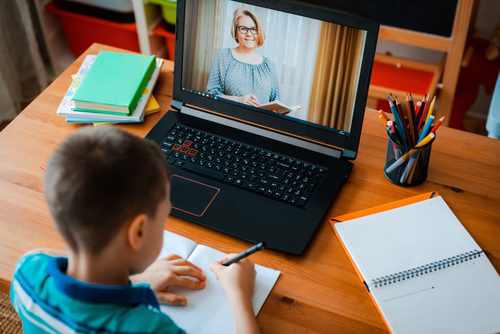 England’s schools laptop allocation slashed by 80%
Schools in some of the countries most deprived areas were told on Friday night that they would not
be given the laptops that they had been promised by the government to help their most vulnerable
and poorest pupils learn remotely.
The Department for Education sent emails to Headteachers across England on the eve of half-term
to inform them that their allocations of laptops for disadvantaged pupils had been slashed by
around 80%.

This blow has landed just two days after the government used its Covid-19 emergency powers to
impose a new legal duty on all schools to provide remote education to any pupil that isn’t able to
come into school for lessons due to the pandemic.

A co-principal at Passmores Academy in Essex, Vic Goddard, told the Guardian that he was
appalled to find out that his original allocation of 129 laptops has now been reduced to just 26: “We
weren’t allocated enough in the first place.” He explained to the Guardian that about 300 pupils at
his school – that’s one in every four students – don’t have access to a device that they can use to
learn online at home during local lockdowns or self-isolation periods, thus disadvantaging these
children further. “It’s unfair on the children and it puts financial pressure on their families, who have
all this anxiety that they’re letting their children down.”

The news means that headteachers will now be spending the half-term break worrying about how
they can fulfil their new legal duties to offer remote learning, without the resources needed to
provide their most disadvantaged pupils with any teaching online. “We are now in a position where
we have to offer remote learning within 24 hours of young people being sent home. We are
actually breaking the law if we don’t,” Goddard said in conversation with the Guardian.
One of the most deprived schools in the country – Parklands primary school in Leeds, has had their
laptop allocation cut down from 61 to 13. Headteacher Chris Dyson told the Guardian: “I’m
absolutely devastated. What am I going to do with 13 laptops in the event that a bubble has to be
sent home? It’s ridiculous.” He explained that it would “massively” widen the attainment gap
between children from advantaged and disadvantaged backgrounds who need to self-isolate or
learn remotely. “If you’re going down the online learning route, everybody needs access to a
laptop. It’s nothing short of an absolute scandal and an absolute robbery – another nail in the coffin
for disadvantaged children.”

Michael Tidd, the headteacher of East Preston junior school in Sussex, spoke on BBC Radio 4’s
Today programme, and said that the DfE’s change seemed disingenuous. “Like many schools,
we’ve all been planning, we’ve had a legal requirement put on us since Thursday to plan for
remote learning,” he said. “The day after all those plans had to be finalised then we get told the
number of laptops we were expecting has been reduced massively.” 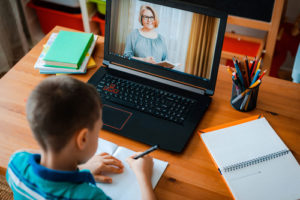 The Shadow schools minister Wes Streeting, said to the Guardian: “Only this incompetent
government could introduce a legal duty on schools to provide online learning for pupils isolating at
home and then cut their allocation of laptops the very next day.
“We know that many families do not have the laptops or unlimited broadband they need for their
children to be able to access lessons and resources from home.

“Education has been a total afterthought for this government throughout this pandemic and it’s a
disgrace. Making sure pupils are learning must be a top priority and ministers need to get their act
together to make sure schools and pupils have the laptops and internet access they need to make
sure that no child is left behind.”

A spokesperson for the DfE said to the Guardian that the allocations of laptops were being “more
effectively” targeted to the schools and areas of the country that have “greatest need”, such as

those where higher tier restrictions are in place and more children are likely to be isolating. She
said: “The scale and speed at which the department has delivered laptops and tablets to children
who need them over the past six months is unprecedented, with deliveries now set to total over
half a million by Christmas.

“As we move into half-term, and in the context of significant global demand, we’re updating our
allocation process to more accurately align orders with the number of students schools typically
have self-isolating, ensuring as many children as possible benefit from receiving a device this term.
“We have already purchased an additional 96,000 devices and continue to work closely with our
suppliers to ensure delivery despite the increased global demand.”