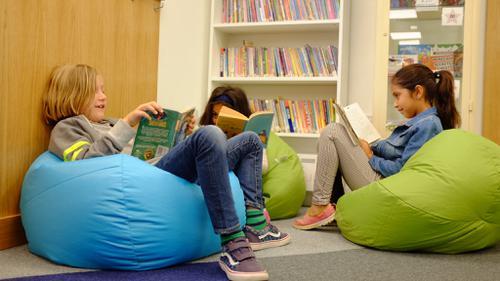 BYT Director Edward Webster explores the origins of the long U.K summer holiday in state and independent schools and examines the role of third parties in providing essential summer learning

It is a well known fact that pupils’ academic progress can regress in the summer or during long periods away.

It was this that formed the thinking behind the BYT summer schools at our tuition centres, which are designed in principle to make sure your children stay up to speed with their learning.

Historically the long summer holiday period is actually a hangover of sorts from the high proportion of pupils who would work in the fields and agriculture in the years prior to mechanisation. With the harvest season taking place over July and August, pressure was on for schools to release pupils. And so began the exodus of the summer holiday.

Three quarters of U.K. headteachers, when polled by the Key Consultancy in 2013, expressed fears that summer breaks are a backward step for children’s learning.

However, soon after the Association of head teachers brought this idea up at their conference and voted down the idea. (Summer 2014). It is easy to see why. With teacher’s pay frozen since 2010, it is a besieged profession and the longer holiday periods are, in some minds, one of the few remaining attractive features of the job.

The national pay scales, setting out the year-on-year pay progression that teachers can expect, have been replaced in recent years by a structure which only sets minimum and maximum rates that schools can pay their staff. Graduates considering teaching no longer have any certainty about pay; teachers in service may find themselves facing slower pay progression than previously. There is evidence to suggest this is already hitting teacher recruitment and retention.

An Institute for Fiscal Studies (IFS) report published in February 2017 warned that teaching as an occupation is likely to face “significant challenges in recruiting sufficient numbers of highly qualified teachers over the next few years, particularly in the light of the ongoing squeeze on public sector pay”.

Hence we can see the difficulty.

Whilst longer summer holiday periods can have a reductive effect on academic progress, the headmaster’s association were essentially voting on whether to work for longer during the year. To vote for your teachers to shorten their holiday will mean the head’s school will attract fewer applications, have a lower quality teaching staff and no doubt see a drop in morale.

How to solve this catch 22?

Should the Government delve into managing the school calendar more than they already are, whilst offering no concession in public sector pay, there would no doubt be uproar, strikes and resentment.

A number of schools are offering reading programmes, summer activities and courses but there’s clearly a place for qualified third parties to step in and offer a viable supplement

That’s where we come in. Bright Young Things tuition centres have summer schools aimed at keeping learning progress intact throughout the summer!

Find out all about our summer schools here.