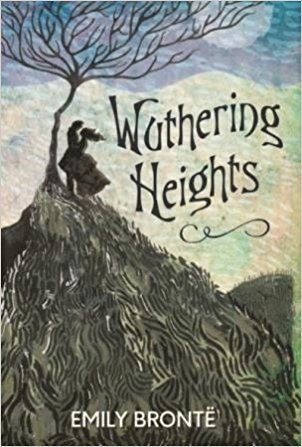 I find that a lot of teachers , to their students’ serious detriment, have an aversion to teaching English as a rigorous discipline; opting rather to see the subject as something for the anointed ones; those who have been given a certain verbal facility, a particular confidence, a seer’s eye into understanding dead texts. A gift, if you will.

I think the opposite: I think English is best studied at school (and at university) in the same manner as one studies Biology or Spanish – as a corpus – a field of knowledge that has to be known in its exact entirety. The student must have an intense familiarity with the book in order to gain the A*. It is simple as that. You cannot write a good essay if you do not know what you are writing about in real detail.

The first movement is to make a pretty damned detailed test on the text(s) itself. You should be able to answer questions such as:

This is not pernickety small-mindedness on my part. This is the same method that Vladimir Nabokov (well regarded as the most gifted writer since 1945) used when lecturing his students at Cornell University. It forces the pupils to engage with close reading; eschewing the surveyish, pseudo-thematic approach that prevents candidates from taking the top marks.

Adherence to the Assessment Objectives

Organisation of material is next. There must be a total intimacy with the AO’s (assessment objectives) for each particular exam board. Thankfully there is a near total confluence between what each of the major exam boards stipulate; with every one (OCR, Edexcel, AQA) making very clear that fluency of argument (AO1) and analysis of language (AO2) are of chief significance. A03 – which is context (the history around which the text was created) is important for AQA especially, and I would argue, essential to any candidate keen on getting an A* on any exam board. AO4 – that is awareness of different interpretations of the texts, and A05 – a comparison of the text(s) to other works on the syllabus are of secondary importance, yet such is their weighting on the AO’s that candidates who fail to recognise either of these two criteria cannot score higher than a B. Again, it should be stated that how these AO’s are nominated and weighted vary slightly, but by and large English A- Level operates by the same rules across the different boards.

In this digital age where all exam boards publish their past papers and examiners’ reports it is the second port of call to make sure that the candidate has a complete understanding of what the examiner requires. Pre-U, it should be noted, is slightly more obtuse – but the other boards are all very simple in their instructions. Writing wonderfully fluent essays is fairly pointless if you do not follow simple instructions.

I insist that students use the ‘A2 method’ (these goliath papers are purchasable from all good stationers). Candidates must write down all relevant quotes for each character and each theme. Learning by heart is the dictum laid down by the Department of Education; it is foolish in the extreme to try and cheat their edicts. For instance, to take Pride and Prejudice, a list of quotes for Lady Catherine de Bourgh lying next to a list of quotes by Fitzwilliam Darcy (on the same A2 page) will allow the students to not only compare and contrast the two; but also to create a cross- referentiality that examiners (in their dutifully published examiners reports) underline as demonstrative of answers in the ‘highest band’. There is also, with the ‘A2 method’ a sense of reflection and revision. The candidate must chose which quotations to select; as space is finite, and when reviewing the page there is an awareness of links between two characters, and original ideas start to bubble and cross-pollinate.

Of course, this process must be repeated with themes; so there should be (to take Hamlet) an A2 page with the five or six essential themes beloved of all examiners. Let us choose the paths most travelled: Kingship; madness; performance; religion; Hamlet’s failure to act; misogyny… Again, how these themes both correlate and contrast is the key to exam joy. This method to be largely fool proof – it makes the students read and re-read the texts.

History is the next big thing. Contextual knowledge (AO3) is demanded by every exam board. From my experience, teachers do not provide enough detail to help candidates understand under what circumstances these texts were written. With regards to Shakespeare in particular, I have found giving pupils undergraduate standard notes helps to unlock these plays that seem, on first reading, purposefully archaic. It also demonstrates that you, the tutor, are doing hard labour yourself and encourages them to up their game accordingly.

Repeating the same level of sophisticated noting works is also important for critics. Giving students long –ish quotes by the great minds allows them an entry into challenging texts. I give them 3-4 pages of quotes which they can ‘bombard’; and by that I mean they interrogate interpretations. To take Hamlet again – is Freud’s reading of Hamlet’s sexual obsession with his mother a unilateral truth? Or does it really reflect Freud’s very specific reading of a text which he arguably used as the foundation for his own particular psychoanalysis? Ambiguity is the watchword here – this is not mathematics. There is not one right answer, and showing candidates that there are multiple different ways to answer (or conclude) a question is one of the most important lessons in writing outstanding essays.

AO5 – that is comparison to other texts, is by far the easiest AO to satisfy – a bracket or two will usually suffice (Great Expectations, like other Victorian novels such as Vanity Fair, is overly concerned with the influence of the British class system)… (Macbeth is by far the shortest of Shakespeare’s great tragedies; it is far shorter than Othello, King Lear and almost twice as short as Hamlet).

When it comes to the writing of the essay itself, I find the best term to use is ‘unpack the question’ – this is quite simply the same as 11plus comprehension – you use the words of the question in your answer. So, let us take the question ‘Money Matters More than Love in Pride and Prejudice’ we must focus on the key terms ‘money’ and ‘love’ – always make sure that you are giving your understanding of these terms in your introduction and using them to anchor your response throughout you essay: use these terms in the first and last sentences of each paragraph if you’re struggling.

P.E.A.L (point; evidence; analysis; link) is the basic structure of any good essay – I have always found the best way of ramming this method home is to demonstrate this by writing essays together with your pupil; and providing ‘perfect’ examples for the next session after they have made their mistakes. One should never invigilate. Heavy lifting on the tutor’s part encourages the pupil to work harder themselves, and also leaves more time as the exam date approaches to make sure that the knowledge base is as secure as can be. Ideally, a candidate should do 3 separate mocks under exam conditions. The last week should be for memorising material.

The final parts are fairly immaterial – pupils should be wary of using terms like ‘myriad’ or ‘multifarious’; they should not use the word ‘connote’ more than twice in an essay. They should never say ‘in conclusion’ – rather they should save their most striking points for the conclusion itself without announcing their points with heraldic fanfare. Try and stop pupils from using a florid and overblown style – talented pupils are especially fond of tautology.